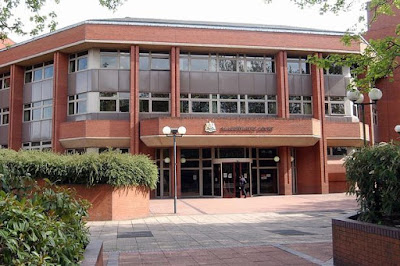 A Nuneaton man has been jailed for biting a hospital security guard who challenged him over stealing a handbag.


Wayne Harvey, 32, of no fixed abode, admitted charges of theft and assault on an emergency worker when he appeared at Coventry Magistrates' Court on Thursday, 26th March 2020.


The court heard that Harvey, who can accurately be described as a prolific thief and drain on society, walked into the Accident and Emergency Department of George Elliot Hospital, Nuneaton, on Wednesday evening.


Staff were understandably distracted by their work, so Harvey exploited the opportunity to steal a £750 Louis Vuitton handbag from behind the reception desk.


A security guard noticed what had happened and challenged Harvey, who attempted to flee on a bicycle.


He was arrested by police shortly afterwards and claimed he had coronavirus. 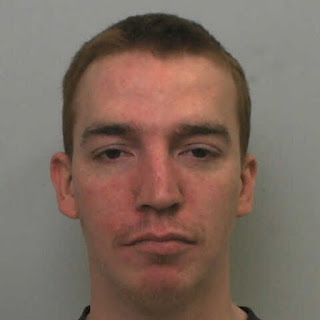 Magistrates sentenced Harvey, pictured above, to 31 weeks' custody and ordered him to pay £149 victim surcharge.


Gavin Naylor of the CPS said: "We will vigorously prosecute people who steal from and assault those who are putting themselves at risk to help the rest of society during this pandemic.


"The CPS stands behind emergency and essential workers and will not hesitate to prosecute anybody who threatens them as they go about their vital duties.


"Not only did the defendant commit a despicable crime, he also added to the already heightened state of fear and panic by making such a comment and using this threat to avoid arrest.


"The gravity with which the court viewed his offending reflects in the sentence imposed."


PC Nicola Cairns of Warwickshire Police said: "These would have been despicable crimes at the best of times. However, given they were committed against hospital workers who are on the front line in protecting people from the global pandemic makes it even worse.


"We take great pride in supporting our colleagues in the health service at this extremely challenging time and in ensuring hospitals are safe places to work and visit."